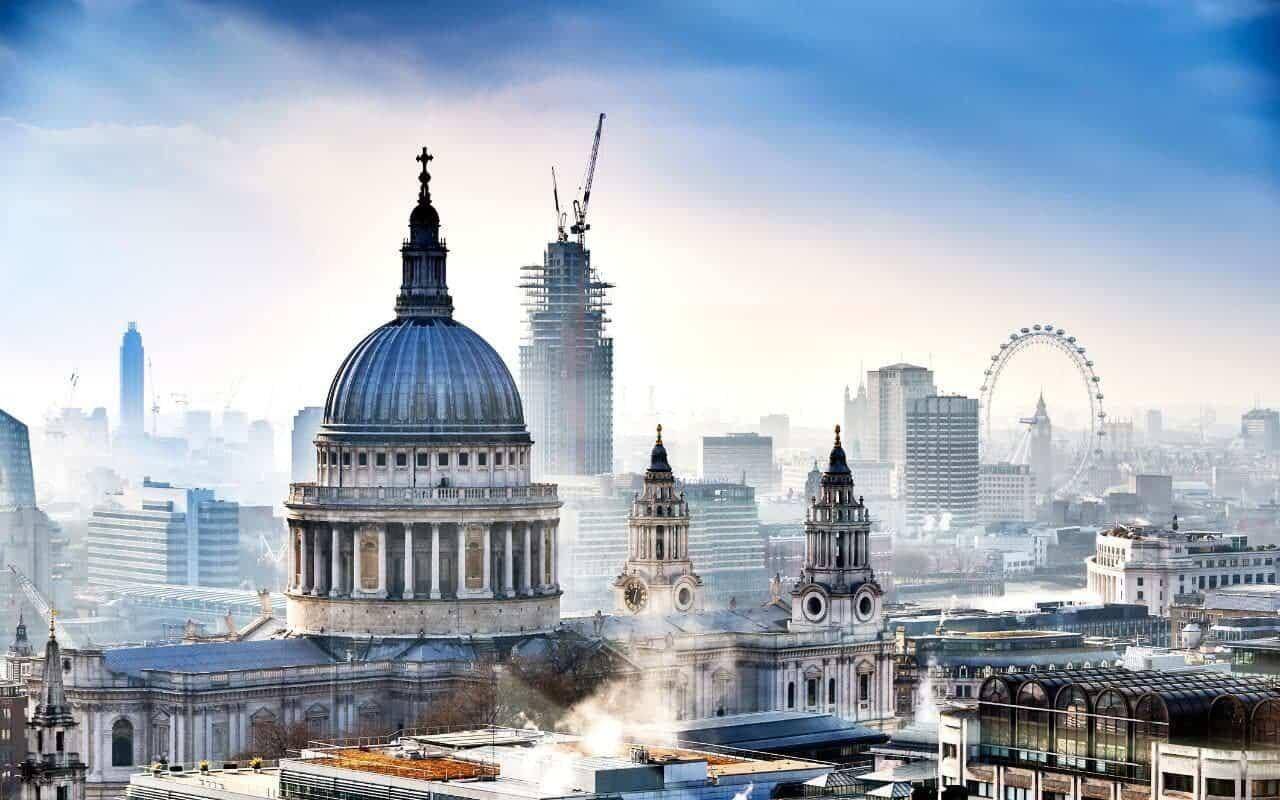 Discover London, England. Serving as the cultural and political hub of the England’s capital city is massive.

London is known as one of the largest cities and urban metropolitan areas in the European Union and is a true global city for its significance in the arts, fashion, education, finance, media and tourism.

This sprawling capital city is made up of a multitude of distinct villages, districts and neighborhoods. Located in the southeastern portion of England,

London is centered on the River Thames, which snakes its way through the city with all the main attractions along either side of the river.

London actually has two specific city centers, the commercial capital and the government capital. Often called the Square Mile, the original once-walled-in Roman city referred to as The City or City of London is the central point of the city’s commercial landscape.

London’s center of government is located in Westminster with such historic landmarks as Westminster Abbey, the Houses of Parliament and Buckingham Palace. Greater London encompasses not only Central London, but also the inner and outer boroughs.

Visitors to London will not fall short on options of things to do and places to visit. From family-friendly spots to some of history’s most significant locations to museums and theaters,

London plays host to a vast array of attractions. Many of its most notable attractions are those of its historic and royal past including the Queen’s residence at Buckingham Palace (where you can witness the Changing of the Guard), St. Paul’s Cathedral, Tower Bridge, The Tower of London, Big Ben and Westminster Abbey. A great way to see the city from a birds-eye view is by taking a ride on the London Eye, a giant Ferris wheel on the South Bank of the Thames River that rises 434 feet into the air.

Similar to New York City’s Times Square, Piccadilly Circus is a bustling city center where multiple roads merge and neon lights and signs shimmer throughout the day and night.

Some of the world’s best museums are located in London and are must-sees including the National Gallery, Natural History Museum, the British Museum and the Tate Britain.

Escape the busy city streets to one of London’s many parks which offer a welcome dose of greenery. Nightlife abounds in the city and some of the best bets for entertainment include live theater performances, live music found at both top venues and lively pubs, upscale and ethnic dining options, and many trendy clubs and classic pubs.

London is known for so many great things to do and see, making it a great place for any type of traveler.

London – What You Need to Know Before You Go