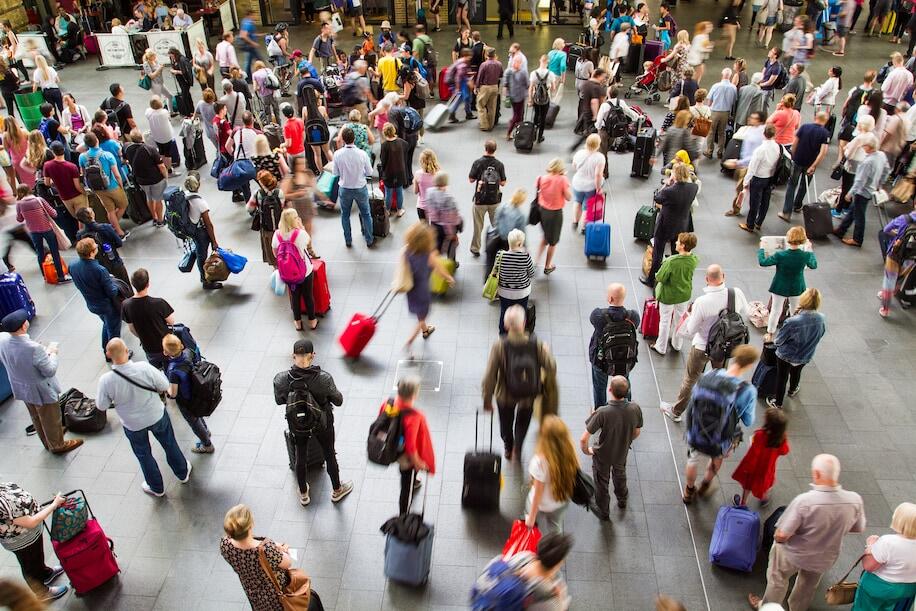 How to Avoid The Christmas Insanity

As the holiday season quickly approaches, travelers need to take action now to avoid a Flightmare before Christmas event.  The airports and airlines have made significant policy changes and travelers beware.

According to a FlightGurus travelers, Mr. Joshua Jameson, Holiday Season travel has all the makings of what he calls “The FlightMare Before Christmas”.

Mr. Jameson is the average holiday traveler. He books airfare for him and his family of 5 in hopes of finding the latest deal on a flight to his hometown of Texas.

He looks forward to the break from the freezing cold temperatures of Michigan and excited at the lack of shoveling normally required just to leave his driveway.

Texas and its tropical winter weather is just the perfect setting for what Mr. Jameson considers perfect Holiday weather.

Airfare from Michigan historically has ranged anywhere from $290.00 upwards to $379.00 per person/round trip.   An expensive trip when paying for 5.

Mr. Jameson spends every year prepping and planning for these trips.  Fortunately, FlightGurus has done some of the legwork for him this year and would like to share what we have found.

In 2020, many airlines priced airfare so low, it forced even the most COVID cautious to consider booking a flight to the dream destination once deemed unattainable.  Prices were so low it caused a momentary loss of logic for many.

Going forward and onto 2021 – When thinking of Thanksgiving and Christmas, the reality is that we are still talking about traveling with the threat of COVID still very present.

The risks are monumentally reduced by comparison, however there is no denying that we are all still “on alert” when it comes to our health and those of the ones we love.

Airports, airlines, hotels, car rental companies, vacation homes and cruise lines have adopted and created a vast array of methods in which to sanitize everything and everyone within in effort to provide travelers safe transportation for personal and business customers alike.

Travel industry professionals have spent enormous amounts of money hoping to perfect the process and to date it appears to be working.

The simple fact is there is no foolproof method available that would ensure 100% effectiveness in stopping the transmission of anything from the common cold to a deadly virus.

With this in mind, experts who specialize in infectious disease are urging the public to repeat what they did last year:

If the holiday travel season is anything like the chaotic travel pattern experienced over the summer, you should expect a few surprises.

While you can’t predict being stuck in a dreamed “flightmare”, you can prepare for them and hopefully lessen the hardship that accompanies the holiday travel craze.

According to research done by a leading travel insurance company, they expect that travelers won’t forgo another year of Thanksgiving or Christmas without their loved ones.  Virtual Grandma & Grandpa simply won’t cut it.

Expect airports and flights to be more packed than ever around Thanksgiving and Christmas. This means more flight delays, cancellations and long layovers.  Flexibility is a very important point to keep in mind this holiday travel season.

Ready to travel? Check advisories for travel during COVID-19, including regulations for destinations, and safety and health guidelines.

How busy will travel get this fall and winter?

Fare analysts predict prices may decline between now and Nov. 12 if they follow the same patterns as in 2019.

But cautions that this holiday travel season is more unpredictable than in past years, so book as soon as you see a good deal.

If you haven’t made a reservation for a vacation rental, you may be too late. Domestic reservation volume in November and December is up 377%  from last year and incredibly – 91% from 2019.

The average rental rate this Thanksgiving is $415 per night, a whopping 19% higher than last year.

Preparation is more critical than ever. It’s paramount that travelers stay informed on the most current everchanging list of the health and safety regulations and be prepared to pivot rapidly in order to manage risks and uncertainties.

In addition to the very most important task –  Book Now – Book Yesterday – Book No Later Than Tomorrow, there are also other strategies available to help mitigate the dreaded holiday flightmare.  Let’s go over a few.

When to Buy
Book no later than Halloween for the best prices.

Its forecasted that last minute international fares (week of Thanksgiving) will be around $820, or 32% more expensive than those who book before prices spike.

With domestic airfare for Christmas at around $390 round-trip, airfare is up 55% from 2020 ($250) and equivalent to 2019’s average domestic airfare ($390), suggesting airlines may be anticipating stronger

When to Buy
No Later than Thanksgiving.  The best deals for both domestic and international travel appear in mid-September, around 90-100 days in advance.

In general, booking domestic flights three weeks in advance (or by Thanksgiving at the latest), should help travelers avoid the biggest price spikes.

For international travel, prices begin rising the most around 35 days in advance (around Thanksgiving), so travelers should aim to book Christmas flights no later than Thanksgiving at the latest to avoid the biggest price increases.

Similar to Thanksgiving, the following Sunday (Sunday, December 26th) is likely to be the most expensive date for both domestic and international return flights.

Most Booked
The most booked Domestic Destinations for Thanksgiving are

The most booked International Destinations are

Most Searched
The most searched Domestic Destinations for Thanksgiving are

The most searched Domestic Destinations for Thanksgiving are

Most Booked
The most booked Domestic Destinations for Christmas are

The most booked International Destinations for Christmas are

With the exception of London, Dublin, and Accra (Ghana), international Christmas bookings skew heavily towards Mexico, Central America, and the Caribbean.

The most searched Domestic Destinations for Christmas are

The most searched International Destinations for Christmas are

The forecasted national average nightly hotel rate on Thanksgiving weekend to be $187/night, up 3% from $181/night on Labor Day weekend.

With the national average nightly hotel rate for Christmas to be $193/night, up 7% from $181/night on Labor Day weekend.

Prices are down 33% off their summer peak and continue to trend steadily down ahead of the holiday season.